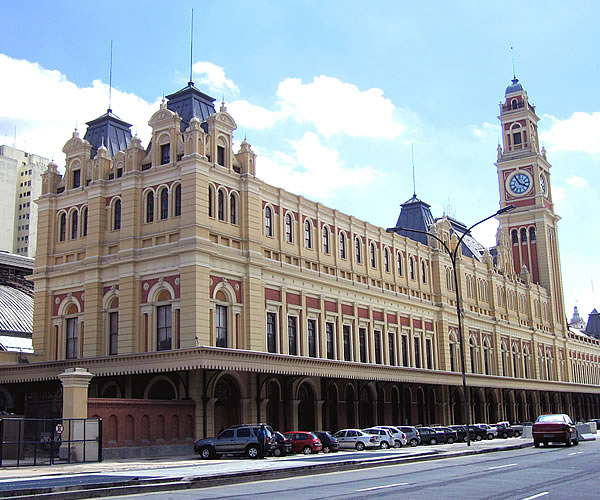 If you’re heading to the central areas of Sao Paulo and Paulista the subway is your best option: traffic can be very heavy and buses are not only infrequent but also poorly maintained. All Sao Paulo metro lines operate from 5am to midnight, the ticket windows close at 10pm. The subway is safe, fast and comfortable, and it’s easy to navigate across the 5-line network. Maps are displayed at every station indicating intersections and stations, and you’ll also find street maps of the surrounding area with points of interest and landmarks to help you find your way to your destination. Try to avoid travelling at peak times such as early morning, midday, and early evening since it gets very crowded.

An “Unitário”, or one-way single trip, costs R$ 2.40. A combined metro and bus ticket (Metrô/ônibus) will cost you R$ 4.10 one way. Do not buy tickets from street vendors: not only is this illegal but the tickets sold are often not valid.

Check out the Sao Paulo metro website for more information:

Given the huge size of the country the Brazilian train network is surprisingly small, and what’s more the rail routes are mainly used for transporting cargo rather than passengers. Train connections between major cities are both inefficient and few and far between. Brazil's transportation ministry plans to build a high speed rail network between São Paulo, Rio de Janeiro and Campinas in time for Brazil’s hosting of the FIFA 2014 World Cup however.

There are four train stations in Sao Paulo. The Barra Funda Station on Rua Capitao-Mor Goncalo Monteiro offers a “Silver Train” to Rio de Janeiro, which departs daily at 8:30pm.

The Luz Station has trains to the interior of the country and to the coastal areas. Suburban trains in the direction of Itapevi depart from Julio Prestes Railway Station, and trains heading east to Mogi das Cruzes leave from Roosevelt Station.

Buses (or Ônibus, as they’re called in Brazil) serve the entire region of São Paulo. There is a separate lane for local buses and taxis which helps to reduce delays. Private bus companies also link São Paulo to the rest of the country, as well as to the neighbouring countries of Argentina, Paraguay and Uruguay. The longest possible bus journey would be the 3,883 Km trip from Sao Paulo to Santiago, Chile.

For further information on the above bus terminals and on the facilities to be found there please click here.

Taxis in São Paulo are relatively expensive in comparison with other large cities around the world. Taxi ranks in São Paulo are white, with a distinctive luminous green "Taxi" sign on top. Look for the official license sticker with the driver's name and photo on the passenger side of the dashboard and for the red license plate.

There are three types of taxis in Sao Paulo: street cabs, which can be hailed on the street, radio cabs, and deluxe cabs. Street and radio cabs are metered, but radio cabs charge extra for radio service and for pre-arranged pick-ups. Radio taxis can be ordered by telephone: just ask someone at the hotel reception to call one, or call a company yourself.

Make sure the taxi has a metre before getting in; otherwise you should fix the price for the journey before setting off. Fare 1 (regular fare) applies from 6 am to 10 pm, whereas fare 2 applies outside these hours.

The driving conditions in Sao Paulo can perhaps best be described as “controlled chaos”. Brazilian drivers do not always bother to check their mirrors and may not indicate before turning. Night driving is particularly dangerous since many drivers do not turn on their headlights. Although driving is practical be patient and attentive, make sure you have all necessary documents with you and that your insurance is adequate. Basic third party insurance is included in the road tax; no other insurance is legally required but is advisable. In the event of an accident contact the national emergency number on 193.

Note that mobile phones may only be used with a "hands-free" system while driving and it’s compulsory to wear a seat belt. At roundabouts the vehicle on the roundabout gives way to vehicles entering the roundabout system. Right turns at red lights are prohibited unless indicated otherwise. Due to the high risk of car-jacking or robbery at traffic lights however it is tolerated for drivers not to stop at red lights at night in São Paulo. It is illegal to drive wearing flip flops or with your elbow resting on the window sill and protruding from the car window.

Note the particular use of indicators in Brazil: apart form indicating a turn, the left indicator means it's unsafe to pass, the right that it's safe to pass. If an oncoming car flashes its headlights this may indicate danger or police presence on the road ahead. In general keep all doors locked and windows closed, particularly at junctions and especially at night.

Park in the direction of the traffic flow not facing it, although it is generally not safe to park on the street in Brazil: where possible park in a secure apartment, shopping mall or office building parking lot. When looking for a parking spot on the street it is common practice for individuals to help you find one and then guard your car. They expect to be paid a few reais for this service, so it’s an unofficial yet valuable source of income for some. It is generally trustworthy but rudeness or indicating that you don’t intend to pay could result in damage to your car during your absence.

As a move to reduce traffic congestion Brazilian law stipulates that cars may only circulate on specified days according to their licence plate number.

If you want to rent a car during your stay in Sao Paulo there are several car rental stores present in the city. Car rental can easily be arranged from the airport also. Take note of the advice given about driving in Sao Paulo in the “Car” section of this site. You should be aware that renting a car in Sao Paulo is an expensive option and you should also note that most rental vehicles have manual transmission – an automatic will cost you more. GPS is a must, so consider bringing your own in case one is not available when you rent. Ability to speak a little Portuguese will be very useful if you get lost or get involved in an accident.

Car circulation on specified days according to their licence plate number does not apply to rental cars however.

Please click on the following links for car hire in Sao Paulo:

If you want to move money abroad, from Brazil or to Brazil for example, Fexco provides efficient and secure global bank to bank transfers and bespoke payment solutions for both business and personal clients.

Do you have comments or personal information to communicate about this article? Add your comment.
Find links about practical life / transport in Sao Paulo and a lot more in The links of expatriation.
Find more definitions and general answers on expatriation issues in the Expat FAQ (Frequently Asked Questions).
Read more...


Go to the Forum to talk more about transport in Sao Paulo, practical life.
Search for members in Brazil