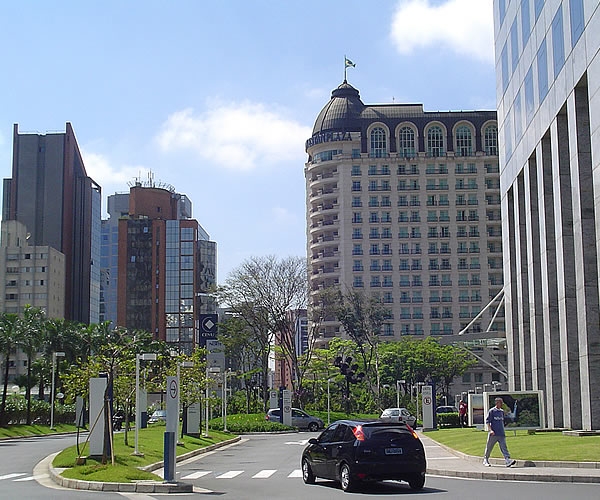 Brazil TV is a national state-run channel and TV Cultura is a São Paulo state-run channel. MTV Brazil is another very popular national station and TV Camera and Senado report on the activities at the Chamber of the Republic and Federal Senate. There are also many regional channels. Satellite and cable TV offer a huge choice of channels. Many religious channels have also emerged in recent years; indeed TV evangelism is now common in many parts of the country. Many major daily newspapers, such as the Folha de São Paulo and the Estadao, publish TV programme schedules.

Brazil continues to have a high illiteracy rate and so television has historically been an important medium for political messages. Indeed TV soap operas, or as they’re known locally “Novellas”, often contain subtle political messages. Soap operas are actually so popular in Brazil that football matches may even be scheduled around them. There is no TV licence fee in Brazil, but cable and satellite TV of course carry subscription charges. Almost all TV in Brazil is commercial - you’ll notice the long commercial breaks within programmes.

Satellite television is not widely available in Brazil; however cable is readily available in the major cities. Many people choose a package whereby the telephone land line, cable TV and internet connection are all jointly provided by one single company. The main Brazilian providers of such services are:

In order to set-up TV services to your home you’ll need to follow the procedures found on the applicable section of the company website. You’ll be required to provide a passport or Foreigner's Identification Number (RNE), an Individual Taxpayer’s Number (or CPF), and have a Brazilian bank account with a direct debit facility. Once the paperwork is complete an engineer will come to your home (usually within five days) to install the equipment and monthly direct debits will be arranged.

Sao Paulo Radio has been an important media source historically, although predictably with the advent of television interest has declined. AM and FM channels are available, as are radio broadcasts through internet live streaming. Radio stations are a popular source of information about traffic and weather conditions. The major radio stations in Sao Paulo are:

Internet access is available in Sao Paulo through the telephone line, by cable or satellite. The most common means of access in Brazil is dial-up via a fixed phone line however. Depending on usage dial-up is still the cheapest form available, with payment options involving by-the-minute charges or a flat monthly rate. Broadband is also an option.

You will require an individual taxpayer number (CPF) and RG or RNE in order to open an internet account. The main service providers in Brazil are:

Since Sao Paulo is not a prime tourist destination internet cafés are not common.

The state government of Sao Paulo has set up a programme called Acessa São Paulo, which provides free Internet access to the disadvantaged in 353 centres across the region:

Do you have comments or personal information to communicate about this article? Add your comment.
Find links about moving in / tv & internet in Sao Paulo and a lot more in The links of expatriation.
Find more definitions and general answers on expatriation issues in the Expat FAQ (Frequently Asked Questions).
Read more...


Go to the Forum to talk more about tv & internet in Sao Paulo, moving in.
Search for members in Brazil