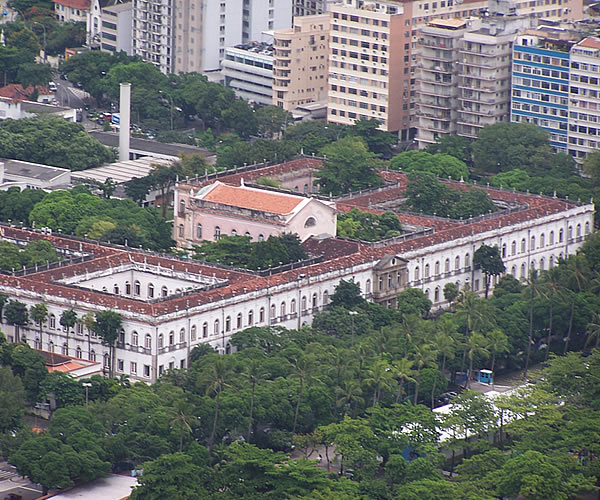 The main emergency number is 190 and connects to the military police.
For Ambulance emergency service, call 192.
For Firefighters, call 193.

In Brazil, every state has two police forces: the Civil (Polícia Civil) and Military (Polícia Militar). The Military wear navy blue uniforms. Rio also has an unarmed Civil Guard, dressed in khaki.
Policemen are generally trust-worthy but there have been many incidents of corruption within in Brazil. Extortion from police officers is not uncommon. This can be as subtle as saying something about "some for the beer" (cervejinha). If you are not willing, try refuse and asking for another officer.

If there is a robbery or you need the Tourist Police:
DEAT - The Tourist Police. Specializes in handling foreigners problems and they speak English.
24-hr. contact line
tel. 021/3399-7170
Av. Humberto de Campos 315, Leblon
E-mail:deat@pcerj.rj.gov.br / delegaciaespecializada@gmail.com

Brazil has experienced an unfortunate amount of violence and has an exceptionally high crime rate for tourists and teenagers. To combat some of these issues, Rudolph Giuliani was hired in December 2009 to help secure the city and state.

Do you have comments or personal information to communicate about this article? Add your comment.
Find links about public services / emergency services in Rio de Janeiro and a lot more in The links of expatriation.
Find more definitions and general answers on expatriation issues in the Expat FAQ (Frequently Asked Questions).
Read more...


Go to the Forum to talk more about emergency services in Rio de Janeiro, public services.
Search for members in Brazil